over 35 years of experiences 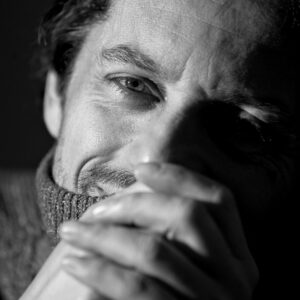 ila Kleb was born in 1965, in Budapest. In 1986 he obtained the Diploma of a degree course in photography, and in the same year he started to work as a photojournalist at the Hungarian News Agency. He worked at the cultural site till 1991. At this time he studied in the journalist school of the Hungarian Journalist’s Society. From the summer of 1991 through one year he worked as a staff photographer at the Mai Nap, which was the largest tabloid newspaper in Hungary. After that he worked as freelancer photographer. In 1994 he opened his atelier, where he take photos for ads and portraits and illustrations for magazines. 1994-1997 he was the photo editor of a weekly newspaper, Vasárnap. From 1997 till the end of 2002 he worked as a photographer, later as photo editor for the Népszabadság Magazin, which was the weekly magazine of the largest circulation daily newspaper in Hungary, Népszabadság. Now he is a freelance photographer.

Since years he focused on portrait photography, his confession is to show the natural beauty of the people.